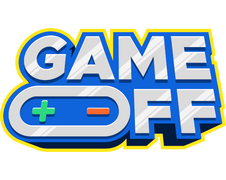 This is a submission to Game Off 2022

View the submission page for this entry

Surrounded, outnumbered, limited power to fend off attacks. You divert all your power to the weapons systems - how good is your shot in the dark?

Guide your missile to take out as much enemies as you can!

Try disabling the Glow effect by pressing the G key during the game.

We've mostly developed and tested this game with Google Chrome, and encourage you to use it. We've had instances where the game ran at < 10 FPS per seconds. Try enabling these two settings in your browser:

2. Use multiple GPU threads. In  chrome://flags/, enable the "Enables Display Compositor to use a new gpu thread" flag.

First of, I really liked the game. It’s core idea and its execution. Although this is one of the games that could use some extra tweaks to make it more enjoyable by an average player.

I recorded my gameplay experience: https://www.youtube.com/watch?v=FrDbzXJvKHQ

The major thing that made me uncomfortable is: the asteroids. They are many, they’re fast, they’re hard to memorize (because you’re already trying to memorize several objects on the screen). I think that something needs to be done about it. There are many ways to approach that (on of them is to say that it’s an intended difficulty level, etc.)

Perhaps there are 2 main ways to handle that:

I’ll take the idea that the games should maximize the player positive experience even at the cost of giving a little bit more forgiving than they could be. The challenge could be a positive experience, but only if you feel like you’re overcoming using your skills. Right now it’s really hard to play around the asteroids. At least in my opinion.

Here is a mixed bag of my thoughts in that regard:

There could be more ideas. Maybe some of them could be combined. It may be also possible to implement some of them as a part of the difficulty level.

Good luck with this game! I think it has the potential.

really interesting concept, love the idea of shooting in the dark, one thing i noticed is that there is a delay before the player can move the ship between each round was that intentional?

Thanks for playing so early! And yes, that’s intentional. It’s the enemies turn

It’s been submitted for the jam, have a go now

Saw the notification, had to jump on it,

I have to say, the mechanic of the homing projectile was great.

The gameplay itself was nothing of my expectations...

Of course it isn’t haha, we’re not evil. The game jam is finishing this month! The plan is to get some feedback throughout. We’re also writing devlogs, that’s why it’s public! Stay tuned though, lots is coming your way.